Arguably, Brexit could be noted as one of the biggest drains on energy, at least in a political sense, in recent years.
Off

Now that the UK has formally exited the transition period for leaving the EU, policy makers must contend with not only a pandemic, but the UK’s strategy for sourcing energy sustainably in the coming decades. Previous governments had the luxury of North Sea oil and gas, but now governments of the future must face up to resolving our energy conundrum in a sustainable way, and there’s no time to lose… 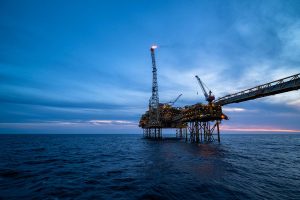 While renewables are making a growing contribution to the UK’s energy mix, the UK is still heavily reliant in imported oil and gas from other countries, making our energy supply vulnerable. How can this be changed?

The discovery of oil and gas in the North Sea provided previous governments with something of an energy dividend – the UK found rich resources with which to power its economy, and a source of revenue, for other countries willing to pay for a share of the oil.

However, North Sea oil production peaked in the late-1990s, and has been on a downward trajectory ever since, as reserves dipped, resulting in revenues drying up over time. An energy dividend started to produce diminishing returns, strengthening the argument for the UK to face reality, and seek alternative sources of power.

According to a Parliament briefing paper from 2018, the UK has been a net importer of energy since 2004, with imported energy almost doubling exported energy in sheer volume terms. In short, the UK must continue to diversify its energy mix and become more self-sufficient, to lessen the impact of energy shocks imported from overseas.

Leaving the EU doesn’t change the fact that Europe is one of the UK’s prime trading partners. Leaving the EU caused the UK to withdraw from the EU Renewable Energy Directive, which kept renewable energy targets in check. However, the UK remains signed up to a number of international decarbonisation obligations, including the Paris Agreement, along with the EU, which is one of the major proponents of it.

The EU’s role in sticking to the Paris Agreement is a reflection of the bloc’s status as a major soft power, backing up major environmental movements at a time when one of the other world powers, the US, briefly dropped out of the agreement altogether (but not for much longer).

In many ways, energy provides a connection with Europe which remains to this day, in spite of Brexit. That is because the UK and the EU are still linked by electrical interconnectors, allowing power to be transferred between the two economic powerhouses.

Durham University published an article by the Durham Energy Institute, outlining the need for the UK to maintain co-operation with the EU, with regards to research and development as well as work on projects in progress. This partnership remains crucial for the UK to futureproof the energy supply, especially as our reliance on importing hydrocarbons would require significant research and development investment, to improve our capacity to diversify the UK’s energy mix.

Whether we like it or not, the UK remains a European country which must work with its fellow European partners, to decarbonise our economy and remain committed to tackling climate change.