MaresConnect Limited has announced today that it has appointed the former Chief Executive of ESB, Pat O’Doherty, as Chairman and non-executive Director of its Board. MaresConnect is being developed by Foresight Group’s[1] energy transition fund, Foresight Energy Infrastructure Partners, and Etchea Energy [2].

MaresConnect is a proposed 750MW electricity interconnector linking the power markets of Ireland and Great Britain[3]. The cable route is approximately 245km under-sea and underground between Dublin in Ireland and Bodelwyddan, Denbighshire in Wales.

As part of Europe’s 2022 Ten Year Network Development Plan (TYNDP)[4], MaresConnect is considered one of a number of Europe’s most important energy infrastructure projects aimed at delivering significant improvement in cross-border electricity interconnection to boost security of supply and will facilitate the integration of Ireland’s abundant renewable energy resources into neighbouring energy markets. 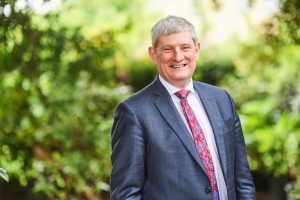 Richard Thompson, Partner at Foresight Group, said “We warmly welcome Pat to the Board of MaresConnect, and look forward to leveraging Pat’s wealth of experience to help drive this exciting project forward”.

Simon Ludlam, partner at Etchea Energy and CEO for MaresConnect said “We are delighted to welcome Pat as Chairman of the Board. Pat’s experience and depth of knowledge of the energy market both in Ireland and the UK will be a great asset to MaresConnect.”

“MaresConnect is critical and much needed energy infrastructure for both Ireland and the UK” said Pat O’Doherty. “In Foresight Group and Etchea Energy, we have the scale, commitment, and capability to make this project a real success for all stakeholders. I am very pleased to join the Board of MaresConnect Limited as Chairman, and I very much look forward to working with the Board and Management to bring this project to fruition”.

MaresConnect has secured interconnector licence from Ofgem and a 750MW grid connection agreement at National Grid’s Bodelwyddan substation. MaresConnect intends to apply for Initial Project Assessment status in Ofgem’s third cap & floor window which closes 31 October 2022. MaresConnect is engaging with the CRU and EirGrid in Ireland to progress the Irish grid connection and regulatory process. MaresConnect is carrying out onshore and marine feasibility studies. Following the current development, the project is expected to have a three year construction programme leading to operations in 2027.

[1] Foresight Group was founded in 1984 and is a leading listed infrastructure and private equity investment manager. With a long-established focus on ESG and sustainability-led strategies, it aims to provide attractive returns to its institutional and private investors from hard-to-access private markets. Foresight manages over 300 infrastructure assets with a focus on solar and onshore wind assets, bioenergy and waste, as well as renewable energy enabling projects, energy efficiency management solutions, social and core infrastructure projects and sustainable forestry assets. Its private equity team manages eight regionally focused investment funds across the UK and a SME impact fund supporting Irish SMEs. This team reviews close to 2,500 business plans each year and currently supports more than 130 SMEs. Foresight Capital Management manages four strategies across six investment vehicles with an AUM of over £1.6 billion.

Foresight operates from 12 offices across six countries in Europe and Australia with AUM of £12.4 billion as at 30 June 2022. Foresight Group Holdings Limited listed on the Main Market of the London Stock Exchange in February 2021 https://www.fsg-investors.com/

[2] Etchea Energy Partners LLP, based in London and Dublin, is a leading project development firm in the energy sector. Etchea Energy will provide the core management team to MaresConnect and leverage its broad experience in developing interconnectors in Northwest Europe.

[3] MaresConnect is a proposed 750MW, subsea and underground cable interconnector (with associated converter stations) between the existing electricity grids in Ireland and Great Britain, operated respectively by EirGrid and National Grid Electricity Transmission. The project will link the Maynooth substation near Dublin (Ireland) and Bodelwyddan transmission substation in Denbighshire (Wales). Further details can be found at the project’s website: www.maresconnect.ie

[4] MaresConnect has been recognised as a TYNDP 2022 project by ENTSO-E following support received from both the Irish and UK governments.

Pat O’Doherty joined MaresConnect on 5 October as Chairman and Director on the boards of all three of the MaresConnect group companies.

From 2011 to 2021, Pat was Chief Executive of ESB, the Irish State-owned energy company with €14Bn of Assets, 8,000 employees and annual operating profits in the region of €600m with operations across Generation, Transmission & Distribution and Electricity & Gas Supply in Ireland, Northern Ireland, Great Britain and Internationally. During this time, Pat:

Pat holds Primary and master’s degrees in Engineering from UCD and has completed Harvard Business School’s Advanced Management Programme. He is a Chartered Engineer & Fellow of Engineers Ireland.

Pat was formerly Vice President and President of Eurelectric, the Brussels-based industry association of the European power sector representing 3,500 electricity utility companies.  Pat was also formerly Director of Energy UK, the trade association for the energy industry representing suppliers, generators and service providers across the UK.

Energy costs: Challenge for councils in Wales ‘cannot be overstated’

MaresConnect response to Department of the Environment, Climate and Communications’ consultation on electricity interconnection policy published on 10 June 2022